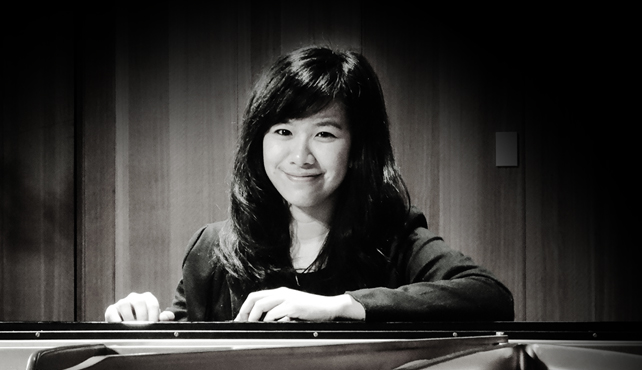 Originally from Yogyakarta, Indonesia, pianist Amanda Suwondo started learning keyboard at the age of five.  She took her career as a musician to the next level in 2010 when she moved to Sydney, Australia, studying diploma of contemporary music at C3 College, NSW. During her study, she started to go seeing gigs and got inspired to play jazz by a pianist Judy Bailey, later became her teacher. She started to get more involved in learning jazz by joining SIMA’s Women in Jazz in 2011, taught by Jess Green (through which she was awarded a mentorship by Sirens Big Band). She also joined Conservatorium Open Academy, led by Dale Barlow couple months after that course.

In 2012, she started her bachelor degree in Jazz Performance at Sydney Conservatorium of Music under some Australia’s well-known jazz players. She is now in her final year at the Con, studying under the phenomenal Kevin Hunt and Mike Nock. Besides, she has been doing a lot of classical music, studying under David Herskovits.

Along her study, she also has been playing in a lot of different venues around Sydney and New South Wales playing her original music with her trio and/or quartet. She went back to Indonesia in 2012 to play with some local musicians there. She has worked with some Indonesian jazz musicians, such as 4UFeatJam (Indonesia’s Got Talent), and Kirana Big Band among others. She also had a chance to run master classes at Intitute Seni Indonesia (ISI), one of the Music Schools in Yogyakarta, Indonesia.

In June 2014, she went on a tour to Merrimbula, playing at Merrimbula Jazz Festival with Sydney Youth Jazz Orchestra. She then went to Los Angeles to do lessons and workshops with pianist, Tamir Hendelman, and went to New York to get mentored by Christian Sands in the beginning of 2015. Besides her career as a performer, Amanda has done some studio sessions in various recording studios around Sydney and Indonesia.