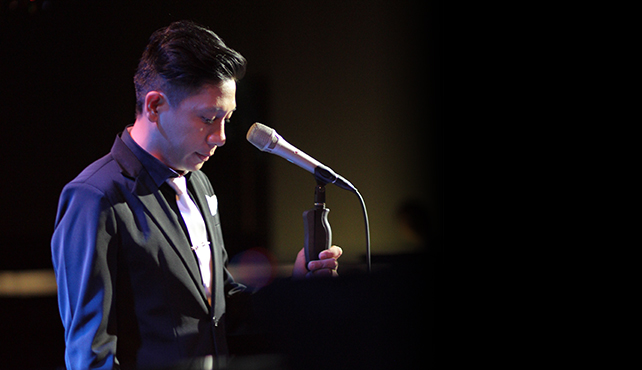 Art Wongkar is an Indonesian recoding artist that has garnered international recognition in Singapore and Malaysia through his song titled “Bersamamu” in 2015.  He receives praises for his singing and song writing skills from both local and international musicians. He caught the attention of  Keith Martin who previously worked with Boyz II Men and Hazami a famous composer from Malaysia who produces megahits for artists like Siti Nurhaliza as well as other talented musicians that will be involved in the launch of Art Wongkar’s first album in 2016.  Art who proficiently play both guitar and trombone is often described as a Soul Singer  because of his vocal technique that is reminiscent of that genre. Besides soul, Art’s musical elements are heavily influenced by pop, jazz, r&b, blues, and hip hop.