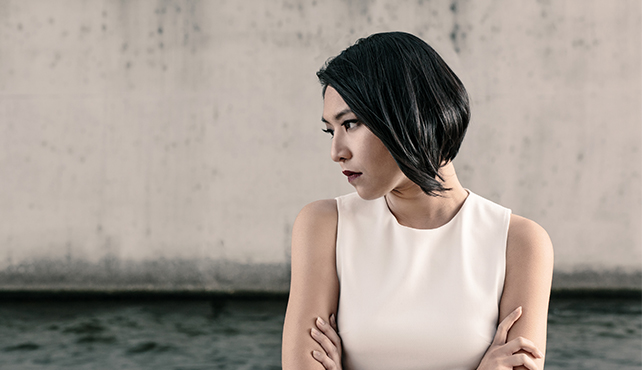 Diastika Lokesworo  was born on April 11th, 1994 in San Diego, U.S.A .Since she was young Dias was involved in music through participating in Spirit Award for the British International School 2012, lead singer for Choir in Miss Universe show, and becoming lead singer for a gala dinner attended by Indonesia’s sixth president, Susilo Bambang Yudhoyono. Nevertheless, it was pure chance that Dias began to pursue her love and passion in music as a carrer. She made 2 original recording of her songs and sent it to her mother as a way to communicate, which her mom later pass on to well known jazz musicians Otti Jamalus and Yance Manusama.. Otti and Yance immediately fell in love with Dias unique vocal as well as her original songs.  “Fire,” became Dias first jazz single and receive a good reception from Indonesian jazz lovers. She then released her first album called DIAS with the support of Otti as producer and Yance as music director. Her second single “Jatuh” was released together with her album launch in May 2016. Currently, Dias in her third year majoring in Architecture at Southern California Institue of Architecture.