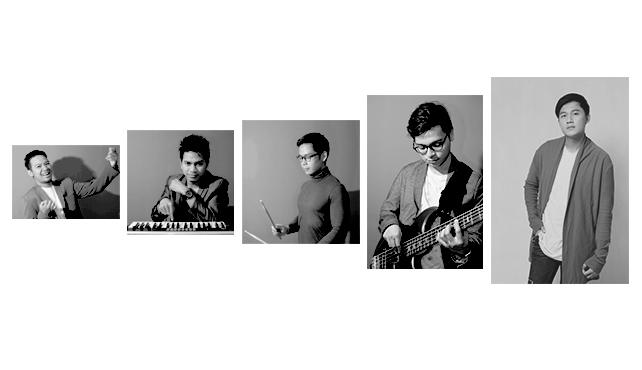 Dion Subiakto Team (DST) is a quartet music group under the leadership of Dion Subiakto who is also the band’s drummer. Other members of the band are Vegry Harindah Husain (Piano & Keyboard), Indra Prasetyo (Electric Guitar), and Odi Purba (Electric Bass).  DST performs composition written by Dion and play mostly Fusion Jazz with a progressive, percussive, and dynamic style as its distinct musical characters.

Dion is born in Jakarta in 1981 and started his music journey by learning classical piano at an early age. At age 10, he learned to play the drum through autodidact. He has a special four way independent technique (ostinato) that he often combines starting with Latin rhythm to Ethnic. Until now he performs with one of the fastest guitarist from Indonesia I wayan Balawan in the group Balawan Bifan Trio, senior jazz pianist Glen Dauna in the project tribute to Jimi Hendrix, Indra Lesmana in the project tribute to Chick Corea, and latin jazz pianist Nita Aartsen. Dion also frequently play as a session player in Twilight Orchestra and Dian HP Orchestra. Besides playing drum, Dion often makes his own composition as well as jingles, and music for film illustration.