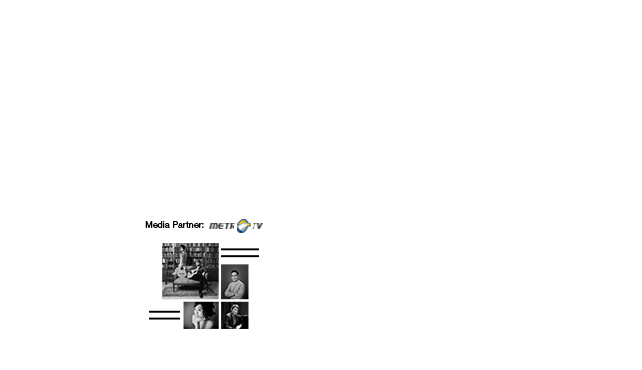 THIS EVENT IS SOLD OUT

KARINTO is a Guitar Duo originating from Japan - composed of Mucho and Iwachan. The duo was formed in March 2009 to create easy-listening Jazzy Pop music for everyone. Regardless of genres, they perform various original/cover music, and especially their original songs are renowned for catchy tunes and exciting arrangement. Mucho (Guitar) spent his childhood in Bulgaria and started playing the guitar when he was 15. With his motto, “absorbing everything inspirational beyond genres”,  he works actively as a guitarist in live concerts, recording with various bands, collaboration with dancers, and music schools among others. Mucho made a major debut with his band “SeanNorth” in 2006. His well-balanced guitar backing highlights vocals and the melodious guitar solo stays in our head. He’s recently participated in Single/Album of Misaki Usuzawa, who won the 45th Rookie of Japan Cable Radio Awards, and the soundtrack of video game “Dragon Ball Z：Battle of Z.” Iwachan (Guitar) started learning the piano in his early childhood and began playing the guitar since he was 15. During music school years, he studied Jazz and music theories under Tomoyoshi Watanabe. From Masahiko Terada, he learned groovy music (Funk etc.) that he became greatly attracted to. Since then, Jazz Funk is his core style of play, but he’s been creating various types of “COOL” music every day. After experiencing playing in many bands, he’s now actively working as band/session/recording support and music composer/arranger. He’s also evaluated as the guitar coach and teaching multi-genre music in music schools.

Kaori Mukai (Vocal) was born in Fukuoka, Japan, to parents who love music. At an early age, she began playing the electric piano and school brass band. She started vocal training with Mits Yamada in 2010 and she’s been studying under Clyde W. Williams Jr. since 2014. After graduating from the university, she started working at foreign firms, at the same time singing at Jazz bar/restaurant in Tokyo. On 16 Apr 2016, she released her 1st mini cover album "Dreaming”, which is available in iTunes, Apple Music, Spotify, Amazon Music, Recochoku.
Kaori moved to Jakarta, Indonesia, on September 2016 and has been actively performing as Jazz/Musical/Pops singer in both Jakarta and Tokyo. She is the Finalist of The 5th Okazaki Jazz Vocal Contest, Japan.

Roberto J (Piano) studied piano, electone, keyboard, and organ from a very early age. He started to begin his journey as a full-time musician after graduating from Binus University majoring in Computer Engineering. Until now he has performed on stage with various musicians both locally and internationally as well as playing various genres. Currently, he is also working as a session musician, arranger, recording artist, and music lecturer at Pelita Harapan University as well as Aminoto Kosin Music School.
Dion Subiakto (Drum) is born in Jakarta in 1981 and started his music journey by learning classical piano at an early age. At age 10, he learned to play the drum through autodidact. He has a special four-way independent technique (ostinato) that he often combines starting with Latin rhythm to Ethnic. Until now he performs with one of the fastest guitarists from Indonesia I Wayan Balawan in the group Balawan Bifan Trio, senior jazz pianist Glen Dauna in the project tribute to Jimi Hendrix, Indra Lesmana in the project tribute to Chick Corea, and Latin jazz pianist Nita Aartsen. Dion also frequently played as a session player in Twilight Orchestra and Dian HP Orchestra. Besides playing the drum, Dion often makes his own composition as well as jingles, and music for film illustrations.