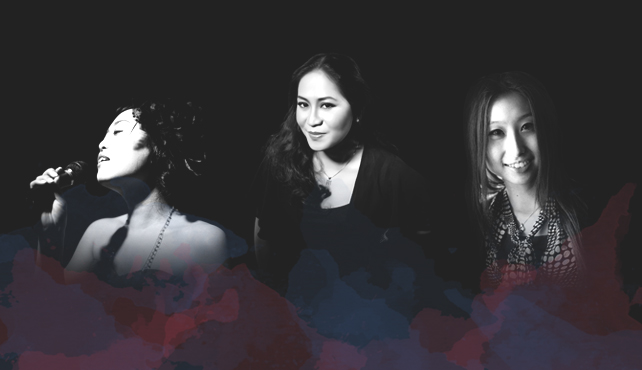 Jazz pianist Yukako Yamano is one of the raising stars in Japan today. She first studied piano at Yamaha Music School when she was three years old. As her passion for music grew, she entered high school at the Tokyo College of Music in the classical piano department. Her widespread interest in music led her to learn jazz and immediately started live performances to play her compositions. She studied classical pianos with Akiko Kodaka and Junko Inada, and a jazz piano with Eriko Shimizu. She also attended a master class taught by a classical pianist Peter Jablonski.

She released her first album in 2014 titled "Stage 1" with Koichi Osamu on bass and Manabu Fujii on drums. In June 2015, she released her second album "2nd Stage" with the same personnel. She also writes her column in a newspaper "Yomiuri Premium" published in September 2015 to April 2016, which contributes to bringing new jazz music lovers. She has played in many places and jazz festivals including in Taiwan, Hong Kong, France, Spain and the United States as well as international artists in various musical genres. She is currently a certified instructor in the Korg Café Style music program and a researcher for the Lee Evans Association.

Bossa Nova singer, Mercy Dumais, is a Latin Jazz figure for Brazilian music lovers in Indonesia. Mercy is involved in many Brazilian music performances as well as performing in many musical events related to Brazilian Cultures. She sings in Portuguese fluently and makes her appearance very well received in the Brazilian embassy. Mercy has frequently performed in the Brazilian Independence day in Jakarta since 2006. She also has represented Brazil for Gala Latina Blanca 2012 in Jakarta, held by Ibero American Associattion ( IAA ).

Kaori Mukai was born in Fukuoka, Japan to parents who love music. At an early age, she began playing the electric piano and school brass band, as well as started vocal training with Mits Yamada in 2010. In Feb 2012, Kaori made her stage debut performing on “Roppongi Satindoll” in Tokyo. Since 2014, she’s been studying under Clyde W. Williams Jr. Kaori moved to Jakarta in 2016 and has been actively performing as Jazz/Musical/Pop singer in both Jakarta and Tokyo.