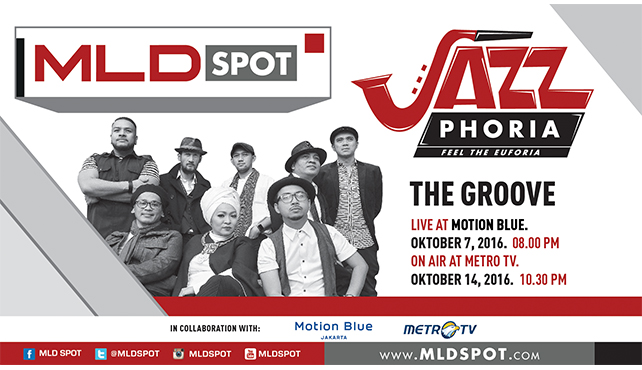 The Groove is an Indonesian acid Jazz band from Indonesia formed in 1997. The Groove consisted of eight members: Rieka (Vocal), Reza (Vocal), Arie Firman (Bass), Ari (Guitar), Tanto (Keyboard Synth), Ali (Piano), Rejos (Percussion), and Detta (Drums). Their first album was released in 1999 titled Kuingin. Their original member Yuke Sampurna left the band and was replaced by Arie. In 2004, one of the driving forces in The Groove, Rieka Roeslan, left to pursue a solo career. As a result, the band was missing their main songwriter and female vocalist. Nevertheless, despite the hurdles The Groove shows their existence by releasing a hit album titled The Best of The Groove. For several years the band was gone from the limelight and was rumored to have broken up. In 2010, the Groove was rumored to have reunited for a reunion with the reappearance of Rieka Roeslan and the release of their new single “Let’s Go Reunion.” A year after that The Groove comes out with another new single “Kusambut Hadirmu.”

Get an exclusive The Groove CD with every ticket purchased.