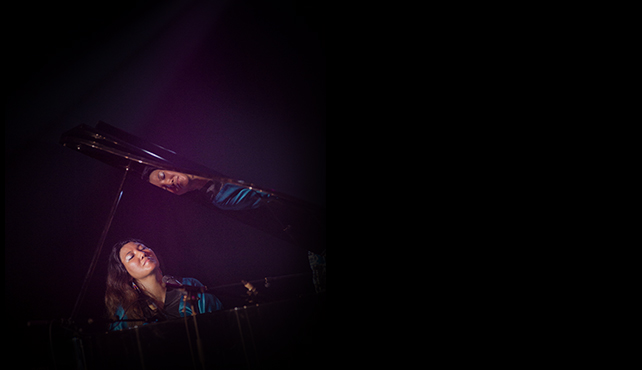 Nita Aartsen, a virtuoso pianist specializing in the connection between Classical, Latin Jazz and contemporary music has played all over the world with some of the best Latin and Jazz musicians. Nita was born in Jakarta, Indonesia and started learning the piano at the tender age of five. After spending three years in the Moscow Conservatory learning Contemporary Jazz, she returned to Indonesia in 1986, to take over as the state pianist of the Republic of Indonesia. In that role, which she held for over fifteen years, she had the privilege of playing for the then US president Bill Clinton as well as Prince Bernard of Holland amongst many others distinguished state guests. Simultaneously, she created a niche for herself in the world of Indonesian music, playing with and also arranging and composing for such established names as Erwin Gutawa, Dwiki Dharmawan, KLA Project, Indra Lesmana, Gilang Ramadhan, God Bless, Titi DJ etc. She also taught at one of Indonesia’s best music schools, Farabi, helping to build and inspire future musicians. Nita has released 3 international solo albums to date, and is well known for her own unique brand of high energy, contemporary Latin Jazz.

Between 1999 and 2000 she lived in Holland, working at the studio and live performances with Dutch musicians. Back in Jakarta in 2001, she started working on taking Classical Music and Jazz to a larger audience. In the last 8 years, she has done numerous TV & radio shows, played events and concerts, held regular gigs at premium music venues in Jakarta and slowly built a strong foundation upon which to launch herself to the world stage. Nita received 3 albums recording contract with the Indonesian label Platinum. The first album named “all nite out” was released in 2009. The album received good reviews and she has been doing concerts all over Indonesia to promote the album.

Watch Latin Jazz maesto Nita Aartsen as she performs with her band “Fascinating Rhythm from Brazil to Spain” live at Motion Blue Jakarta on June 8th & 9th, 2018. PURCHASE NOW at www.motionbluejakarta.com or  RESERVE at  reservation@motionbluejakarta.com. CALL +62-21-29039189 for more info.