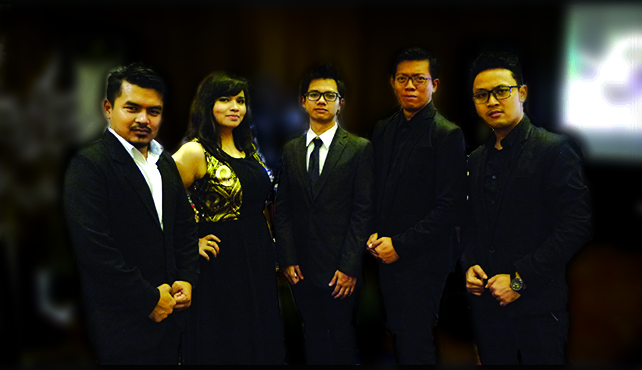 Rahel Pradika Purba was born in Jakarta, December 15th 1985. In 2006 she had her first vocal lessons at Schola Cantorum with Charles Nasution. She had classical vocal lessons there for two years. Taking her musical career seriously, after finishing her study at BiNus, in 2008 she enrolled into one of the famous music institution in Jakarta, Institut Musik Daya Indonesia, as a vocal student. She got many vocal lessons from various teachers and lecturers with various backgrounds. Classical with Charles Nasution, Jazz with Tjut Nyak Deviana Daudsjah and Deani Daudsjah, Broadway Musical with Helena Sophie Nanlohy, and also Pop and Contemporary with Bernice Nikki. At Sjuman School of Music, she learned to make compositions for film under the guidance of Lie Indra Perkasa. In late 2013 she started to compose music for film with Aksan Sjuman and The Penderwicks for a film by Upi, Rizal Mantovani, Eko Kristianto, and Alfani Wiryawan, entitled “Princess, Bajak Laut, dan Alien”. In this early 2015, she already made music compositions for film “Love and Faith” (starring Rio Dewanto and Laura Basuki) as Aksan Sjuman’s assistant, and “Nada Untuk Asa” (starring Marsha Timothy and Acha Septriasa) with N.E.A.R., her own team. In singing, she already has many experiences at gigs and events – either with duo, trio, or band – such as Jazz Break Revival with Dangu, “Life Begins @ 40 – Jazz Night” at Dharmawangsa Square and Locafore Jazz Festival at Bandung both with IMDI Ensemble, Braga Jazz Festival and Indonesian Jass Festival with Rahel Pradika Quintet, “HANOMAN” The Musical Play and “Slank Musical : Jakarta Pagi Ini” with Aksan Sjuman Rock Orchestra, and many others. Currently, she is a member of Rahel Pradika Quintet and RAIA Acoustic Quartet. On February 24th, and February 25th, 2016 Rahel Pradika Quintet exclusively will be performing at Motion Blue Jakarta