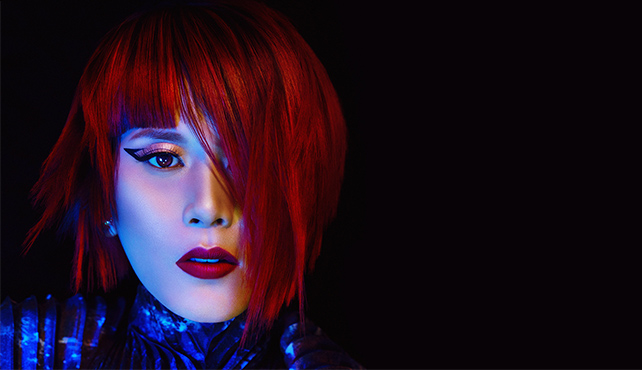 Renita began her singing career as a backing vocal for various artists, such as Maliq & D’Essentials, SLANK, Soul Vibe, Ecoutez, Adrian Martadinata, Raisa and Afgan. With humongous passion for music and singing, She shapes her path collaborating with many local artists, to name a few: Parkdrive, SOVA, Tompi, Andezzz, The Groove, Bebi Romeo, Endrumarch, Bhakes, 21st Night and Boogiemen aside from working on her own solo project with the help of Joseph Saryuf from Sinjitos Records. Influenced by her favorite musicians such as Janet Jackson, Billie Holiday, Amy Winehouse and Cocteau Twins.

Renita used to perform in several events as well as singing regularly at popular cafes and restaurants around Jakarta. Her biggest event as a performer was at Java Jazz Festival 2008 as well as in product launches for well-known brands such as L’oreal, Cartier, and Elle Indonesia to name a few.

Decided to blend her outrageous talent and experiences by making a solo project produced by Joseph Saryuf from Sinjitos Records, Renita finally released her debut single called ‘High in Love’ collaborating with Indonesia’s notorious rapper, ShotgunDre to give some different kind of sound which shows her unique and simple vocal character, a combination of Motown, Soul, Pop and many more that will surely give the audience ears a special treat.