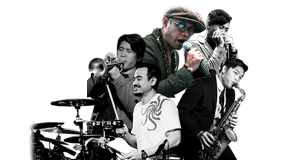 a band with a strong concept led by the legendary bassist with really tasty funk line, Yance Manusama will be performing at Motion Blue Jakarta. Yance Manusama's Funky Thumb performed at the first Java Jazz Festival 2005 and also at a special charity show for Aceh called “Jazz Untuk Aceh”, an event which was meant to rise the fund right after the land was destructed by tsunami.
See their perfomance start from January  16th, 2016 and their second performance on January 22nd until 23rd 2016 at Motion Blue Jakarta